A dog with a black-naped hare, Maharashtra, India. Hari Somashekhar/Facebook

In a recent paper we explored the global impacts of domestic dogs on wildlife.

For a summary see our opinion piece published in The Conversation.

Below is a copy of the abstract and you can view the paper HERE.

Domestic dogs (Canis familiaris) have a near-global distribution. They range from being feral and free-ranging to owned and completely dependent on humans. All types of domestic dogs can interact with wildlife and have severe negative impacts on biodiversity. Here, we use IUCN Red List data to quantify the number of threatened species negatively impacted by dogs, assess the prevalence of different types of dog impact, and identify regional hotspots containing high numbers of impacted species. Using this information, we highlight key research and management gaps and priorities. Domestic dogs have contributed to 11 vertebrate extinctions and are a known or potential threat to at least 188 threatened species worldwide. These estimates are greater than those reported by previous assessments, but are probably conservative due to biases in the species, regions and types of impacts studied and/or reported. Predation is the most frequently reported impact, followed by disturbance, disease transmission, competition, and hybridisation. Regions with the most species impacted are: South-east Asia, Central America and the Caribbean, South America, Asia (excluding SE), Micro/Mela/Polynesia, and Australia. We propose that the impacts of domestic dogs can be better understood and managed through: taxonomic and spatial prioritisation of research and management; examining potential synergisms between dogs and other threatening processes; strategic engagement with animal welfare and human health campaigns; community engagement and education; and mitigating anthropogenic effects such as resource subsidies. Such actions are essential for threatened species persistence, especially given that human and dog populations are expected to increase both numerically and geographically in the coming decades. 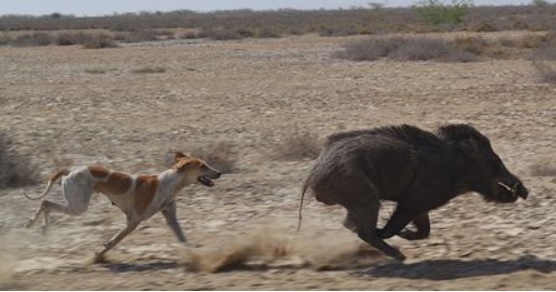 By Thomas Newsome in Uncategorized on May 9, 2017.
← The Redomestication of Wolves New paper: top predators constrain mesopredator distributions →